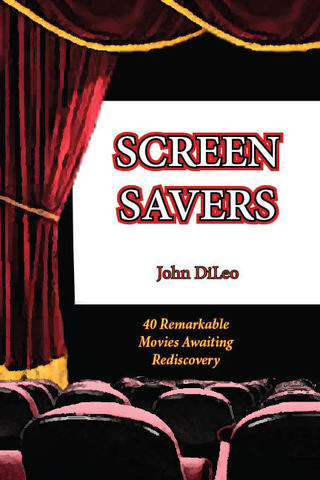 Order now at Barnes and Noble. Click on image.

Boris Karloff will forever be Frankenstein's Monster, but is that any reason to overlook his later great horror film ISLE OF THE DEAD (1945)? An Oscar was George Clooney's reward for SYRIANA (2005), but isn't the underrated war film THREE KINGS (1999) still his best movie? WOMAN OF THE YEAR (1942) introduced the team of Tracy and Hepburn, yet didn't their later PAT AND MIKE (1952) resoundingly surpass it? Jeff Bridges has long been one of our best actors, so why didn't anyone take notice of his sleeper BAD COMPANY (1972)? The lasting impact of PSYCHO (1960) unfairly overshadows Anthony Perkins' great work in the darkly comic thriller PRETTY POISON (1968), while Stanley Kubrick's later work keeps his terrific caper THE KILLING (1956) from attaining classic status. Can you really say you love Audrey Hepburn if you haven't seen her at her most radiant in Stanley Donen's gem TWO FOR THE ROAD (1967)?

SCREEN SAVERS: 40 REMARKABLE MOVIES AWAITING REDISCOVERY puts the spotlight on these and other superb yet underappreciated movies spanning the twentieth century. Essential stars and directors are represented here, not for their undisputed marvels but for other equally wonderful films that warrant overdue or renewed recognition: COVER GIRL, THEY CAME TO CORDURA, PORTRAIT OF JENNIE, THE SEVENTH CROSS, THE LUSTY MEN, HAIL THE CONQUERING HERO, RAMBLING ROSE, TIME AFTER TIME, and many others.

Be they underseen, dismissed, or taken-for-granted in their day, the films in SCREEN SAVERS deserve a place in our film heritage.

The VILLAGE VOICE's MICHAEL MUSTO says, "I love a book that celebrates underappreciated films while providing tips on how to fill all those lonely nights without suggesting you give SWEET SMELL OF SUCCESS a 100th go-round...DiLeo trumpets dusty gems...His glaring omission of HOWARD THE DUCK will only disturb people who think of PSYCHO as a romantic comedy."

Brad Lang of classicmovies.org says, "This highly readable but very thorough volume focuses on 40 excellent but underrated movies...Far from just a collection of reviews, the book sets the historical context for the films it discusses...The author has done a great job of identifying films that even the biggest fan may have missed."