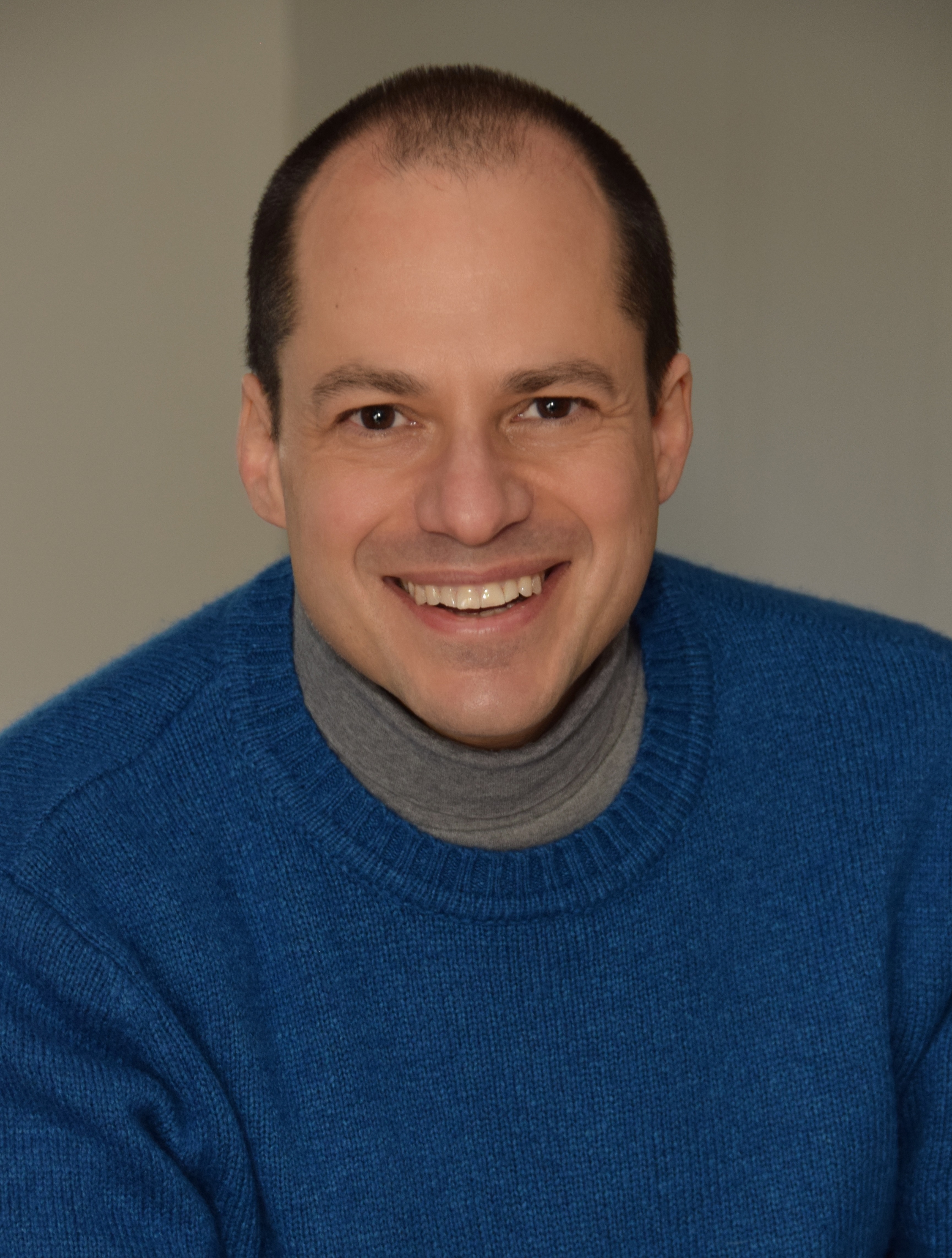 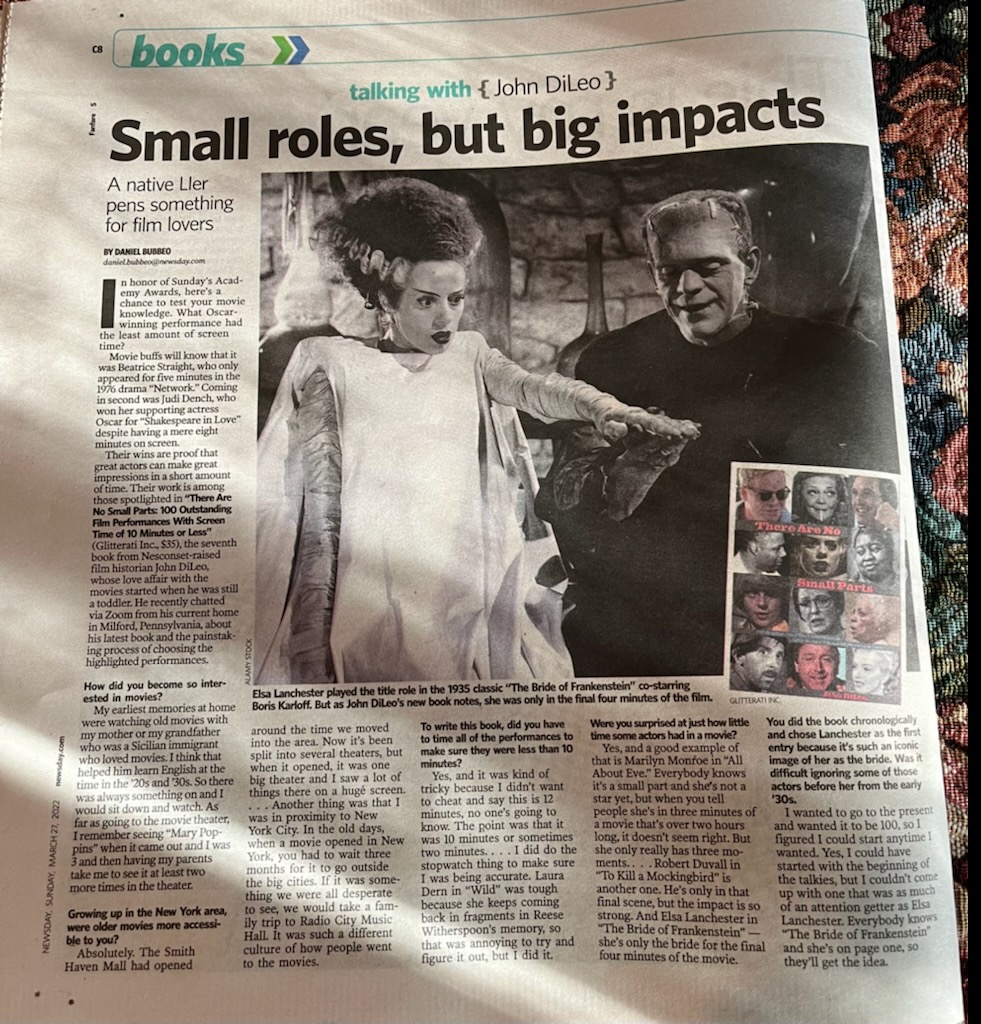 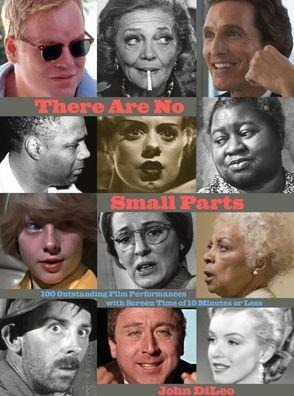 Click on the above link for my chat with Richard Skipper on his YouTube talk show "Richard Skipper Celebrates," all about my new book THERE ARE NO SMALL PARTS: 100 OUTSTANDING FILM PERFORMANCES WITH SCREEN TIME OF 10 MINUTES OR LESS.

In February of 2022 came the publication of my seventh film book and first hardcover: THERE ARE NO SMALL PARTS: 100 OUTSTANDING FILM PERFORMANCES WITH SCREEN TIME OF 10 MINUTES OR LESS. Click on the title to the right (under Selected Works) for links to buy the book at Amazon, Barnes & Noble, and Books-a-Million. 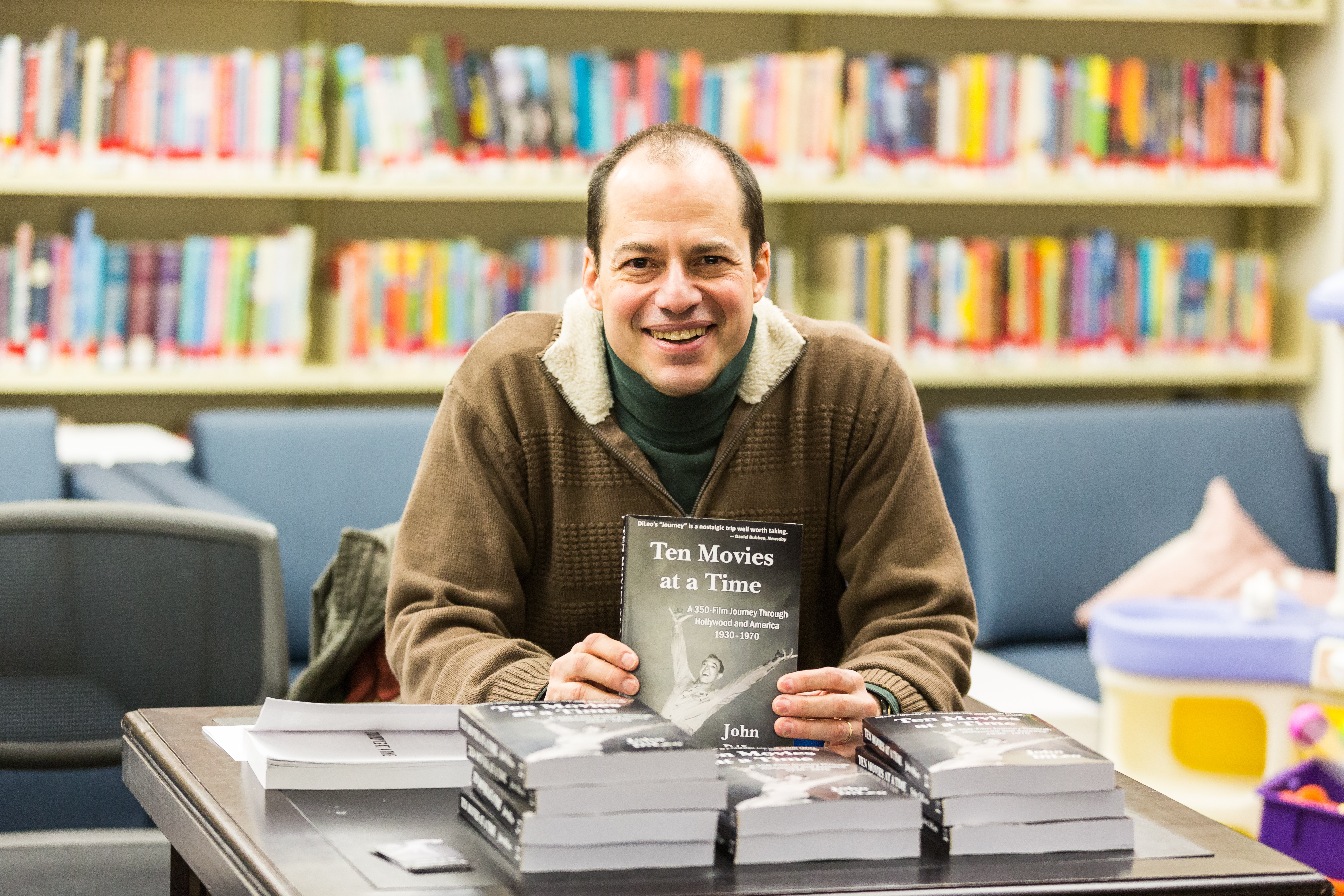 Right before my book event at the Shelter Island Library (eastern Long Island, NY) on April 6, 2018. Photo by Scott Feierstein of Redsweatshirtphotography.com.

His second book was 100 GREAT FILM PERFORMANCES YOU SHOULD REMEMBER BUT PROBABLY DON'T (Limelight Editions, 2002), which Adolph Green called "a valuable and touching work." Turner Classic Movies host Robert Osborne said, in the Hollywood Reporter, that the book "delightfully throws the spotlight on some remarkable film work," and the Washington Post's reaction was, "Not only is this helpful criticism, but 100 GREAT FILM PERFORMANCES can serve as balm for anyone who has ever been disgruntled by the Academy's choices on Oscar night."

John has been a contributing book reviewer for the Washington Post and recently completed a four-year stint as a weekly regular on the Arlene Bynon radio show in Toronto (on SiriusXM). John frequently hosts classic-film series, appears on assorted radio programs, conducts film-history seminars, and has been an annual participant in the Black Bear Film Festival in the Poconos where he has interviewed Farley Granger (2005), Arlene Dahl (2006), Marge Champion (2010), Keir Dullea (2014), Jane Powell (2015), Rex Reed (2016), Tab Hunter (2017), Lorna Luft (2018), and Jane Alexander (2018) on the festival's stage.

Born in Brooklyn in 1961 and raised on Long Island, John graduated from Ithaca College in 1982 with a B.F.A.

And his fourth book, TENNESSEE WILLIAMS AND COMPANY: HIS ESSENTIAL SCREEN ACTORS, was published in the fall of 2010.

In June of 2013, my 1999 quiz book, AND YOU THOUGHT YOU KNEW CLASSIC MOVIES, was reissued (and slightly revised) in a new print edition, also making its debut as an e-book.

In February of 2022 came the publication of my first hardcover book: THERE ARE NO SMALL PARTS: 100 OUTSTANDING FILM PERFORMANCES WITH SCREEN TIME OF 10 MINUTES OR LESS.